Items You Never Put Down The Drain 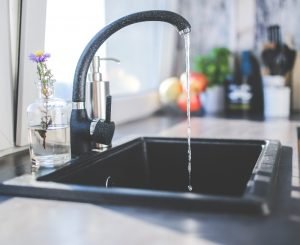 Save your pipes and your money.

Although plumbing clogs are an inevitable and unfortunate part of being a homeowner, there are measures that can be taken to minimize your risks.

As a plumber in Mission Viejo, I work with a lot of homeowners who are simply unaware of the items that shouldn’t be put down drains, or flushed down toilets. That’s why we’ve put together the following list of items that you should never put down your drains:

Virtually everyone assumes that coffee grounds are tiny enough that they will not cause any type of clog. However, our plumbers in Mission Viejo have discovered that this substance is actually one of the most common causes of kitchen drain clogs. Because they do not entirely dissolve, coffee grounds quickly coagulate in pipes, particularly elbow joints and similar configurations.

Paint is one of the most important substances to avoid ever placing in the drain. This is because paint can create a myriad of problems in virtually all piping networks. In fact, this is the reason for most regulations concerning the disposal of both oil-based and water-based paints.

Oil, fats and grease are three of the worst offenders with regard to kitchen sink clogs and stopped-up drains. This is because any fat-based product acts as a binder for a broad range of other substances, which leads to a thick, sticky coating on the inside of your pipes. Grease and oil are responsible for almost half of all sewer overflow in the U.S. We recommend allowing substances such as meat fats and bacon grease to harden in a can or jar, after which they can be thrown in the trash.

Although eggshells may seem thin and harmless, when they are placed down the drain and ground up by the garbage disposal, small bits quickly get stuck in oily substances, such as the aforementioned fat and grease. Once hardened, they create a formidable mass that can easily clog your pipes.

For many years, consumers were told to flush unused medicines down the commode, rather than simply throwing them away. Unfortunately, this practice has led to the presence of various chemicals in our water supply. In 2002, the water in 39 streams over 30 different states was evaluated by the U.S. Geological Survey. Researchers found that 80 percent of the streams contained chemicals that could be traced back to pharmaceutical products.

While we assume most adults would know that feminine hygiene products should never be placed in the toilet, this is something that parents should explain to teenagers. Even though some products of this type are touted as “flushable,” this is rarely the case. Even if some make it through your home’s piping system without incident, an eventual backup is quite common.

It’s never wise to procrastinate if you have a clogged toilet or kitchen sink. Rather, contact one of our plumbers to get to the bottom of the problem and find the best solution.